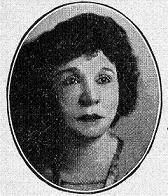 What if you got the opportunity to study as the sole student under the greatest mind alive? That’s what Genevieve Behrend did, persuading Thomas Troward, the father of the New Thought discipline, to take her on – using solely the power of the Law of Attraction. In this excerpt from her book, Your Invisible Power (1921), Behrend tells us how that power worked for her to change her life by attracting $20,000 so she could travel to Troward and support herself while studying under Troward.  Even 100 years later,  the Law Of Attraction continues to work to get you whatever you want in life…

“In the laboratory of experience in which my newly revealed relation to Divine operation was to be tested, the first problem was a financial one. My income was a stipulated one, quite enough for my everyday needs.

But it did not seem sufficient to enable me to go comfortably to England where Troward lived, and remain for an indefinite period to study with so great a teacher as he must be. So before inquiring whether Troward took pupils or whether I would be eligible in case he did, I began to use the paragraph I had memorized.

Daily, in fact, almost hourly, the words were in my mind: “My mind is a center of Divine operation, and Divine operation means expansion into something better than has gone before.”

From the Edinburgh Lectures I had read something about the Law of Attraction, and from the Chapter of “Causes and Conditions” I had gleaned a vague idea of visualizing.

So every night, before going to sleep, I made a mental picture of the desired $20,000. Twenty $1,000 bills were counted over each night in my bedroom, and then, with the idea of more emphatically impressing my mind with the fact that this twenty thousand dollars was for the purpose of going to England and studying with Troward, I wrote out my picture, saw myself buying my steamer ticket, walking up and down the ship’s deck from New York to London, and, finally, saw myself accepted as Troward’s pupil.

This process was repeated every morning and every evening, always impressing more and more fully upon my mind Troward’s memorized statement: “My mind is a center of Divine operations.” I endeavored to keep this statement in the back part of my consciousness all the time with no thought in mind as how the money might be obtained.

Probably the reason why there was no thought of the avenues through which the money might reach me was because I could not possibly imagine where the $20,000 would come from. So I simply held my thought steady and let the power of attraction find its own ways and means.

One day while walking on the street, taking deep breathing exercises, the thought came: “My mind is surely a center of Divine operation. If God fills all space, then God must be in my mind also; if I want this money to study with Troward that I may know the truth of Life, then both the money and the truth must be mine, though I am unable to feel or see the physical manifestations of either; still,” I declared, “it must be mine.”

While these reflections were going on in my mind, there seemed to come up from within me the thought: “I am all the substance there is.” Then, from another channel in my brain the answer seemed to come, “Of course, that’s it; everything must have its beginning in mind.

The “I”, the Idea, must be the only one and primary substance there is, and this means money as well as everything else.” My mind accepted this idea, and immediately all the tension of mind and body was relaxed.

There was a feeling of absolute certainty of being in touch with all the power Life has to give. All thought of money, teacher, or even my own personality, vanished in the great wave of joy which swept over my entire being.

I walked on and on with this feeling of joy steadily increasing and expanding until everything about me seemed aglow with resplendent light. Every person I passed was illuminated as I was. All consciousness of personality had disappeared, and in its place there came that great and almost overwhelming sense of joy and contentment.

Then, in a most unexpected manner, from a source of which I had no consciousness at the time, there seemed to open a possible avenue through which the money might reach me.

At first it took great effort not to be excited. It all seemed so wonderful, so glorious to be in touch with supply. But had not Troward cautioned his readers to keep all excitement out of their minds in the first flush of realization of union with Infinite supply, and to treat this fact as a perfectly natural result that had been reached through our demand?

This was even more difficult for me than it was to hold the thought that “all the substance there is, I am; I (idea) am the beginning of all form, visible or invisible.”

Just as soon as there appeared a circumstance which indicated the direction through which the twenty thousand dollars might come, I not only made a supreme effort to regard the indicated direction calmly as the first sprout of the seed I had sown in the absolute, but left no stone unturned to follow up that direction by fulfilling my part. By so doing one circumstance seemed naturally to lead to another, until, step-by-step, my desired twenty thousand dollars was secured. To keep my mind poised and free from excitement was my greatest effort.

This first concrete fruition of my study of Mental Science as expounded by Troward’s book had come by a careful following of the methods he had outlined. In this connection, therefore, I can offer to the reader no better gift than to quote Troward’s book, “The Edinburgh Lectures,” from which may be derived a complete idea of the line of action I was endeavoring to follow.

In the chapter on Causes and Conditions he says: “To get good results we must properly understand our relation to the great impersonal power we are using. It is intelligent, and we are intelligent, and the two intelligences must co-operate.

We must not fly in the face of the Law expecting it to do for us what it can only do through us; and we must therefore use our intelligence with the knowledge that it is acting as the instrument of a greater intelligence; and because we have this knowledge we may and should cease from all anxiety as to the final result.

In actual practice we must first form the ideal conception of our object with the definite intention of impressing it upon the universal mind -it is this thought that takes such thought out of the region of mere casual fancies -and then affirm that our knowledge of the Law is sufficient reason for a calm expectation of a corresponding result, and that therefore all necessary conditions will come to us in due order.

We can then turn to the affairs of our daily life with the calm assurance that the initial conditions are either there already or will soon come into view. If we do not at once see them, let us rest content with the knowledge that the spiritual prototype is already in existence and wait till some circumstance pointing in the desired direction begins to show itself.

It may be a very small circumstance, but it is the direction and not the magnitude that is to be taken into consideration.

As soon as we see it we should regard it as the first sprouting of the seed sown in the Absolute, and do calmly, and without excitement, whatever the circumstances seem to require, and then later on we shall see that this doing will in turn lead to a further circumstance in the same direction, until we find ourselves conducted, step by step, to the accomplishment of our object.

In this way the understanding of the great principle of the Law of Supply will, by repeated experiences, deliver us more and more completely out of the region of anxious thought and toilsome labor and bring us into a new world where the useful employment of all our powers, whether mental or physical, will only be an unfolding of our individuality upon the lines of its own nature, and therefore a perpetual source of health and happiness; a sufficient inducement, surely, to the careful study of the laws governing the relation between the individual and the Universal Mind.”

To my mind, then as now, this quotation outlines the core and center of the method and manner of approach necessary for coming in touch with Infinite supply. At least it, together with the previously quoted statement, “My mind is a center of Divine operation,” etc., constituted the only apparent means of attracting to myself the twenty thousand dollars.

My constant endeavor to get into the spirit of these statements, and to attract to myself this needed sum, was about six weeks, at the end of which time I had in my bank the required twenty thousand dollars. This could be made into a long story, giving all the details, but the facts, as already narrated, will give you a definite idea of the magnetic condition of my mind while the twenty thousand dollars was finding its way to me. 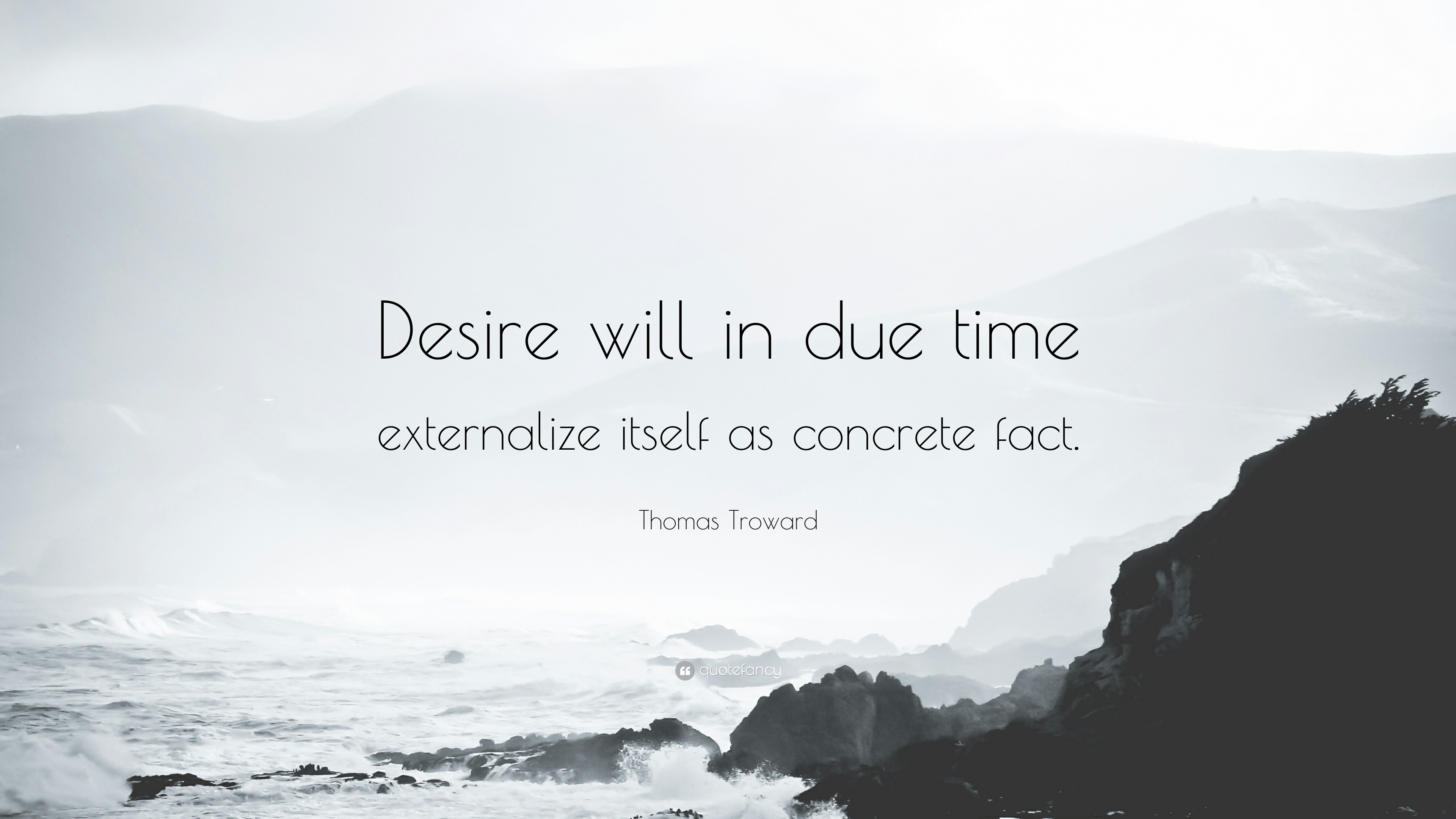 As Ms. Behrend recounts, from 1912 until 1914 she was able to study  with Thomas Troward. In fact, Ms. Behrend was the only personal student he had throughout his life. It is no small feat that Ms. Behrend was able to manifest $20,000 in the early 1900s in six weeks’ time. Consider that that amount  is worth $502,466.00 in 2019! Can you imagine manifesting that much in 6 weeks? If not, why not? Can you imagine manifesting your primary life goal? If not, why not? We have a great example in Ms. Behrend that anything is possible with a definite purpose combined with affirmations and visualizations. Follow Ms. Behrend’s lead, and…