How many articles have you read that give you the 3 Ways To Use The Secret In Your Life or The 7 Ways to Use the Law of Attraction or The 11 Actions To Undertake for Wealth Consciousness? These all generally include topics of affirmations, visualizations, and gratitude. These practices put the responsibility on the individual. But there is one abundance action that I continue to read about over and over despite its counter-intuitiveness. It is one that puts the responsibility outside of ourselves and requires a measure of faith. This abundance practice is tithing.

Some people generalize this practice and call it giving. I want to be crystal clear on the difference between tithing and giving. Tithing is a spiritual practice that is mandated by God. It is one tenth of all your increase. In Leviticus, we are instructed that A tithe of everything from the land, whether grain from the soil or fruit from the trees, belongs to the LORD; it is holy to the LORD. And Every tithe of the herd and flock—every tenth animal that passes under the shepherd’s rod—will be holy to the LORD. (Leviticus 27: 30, 32) In the 21st century with so many different ways to come into money, the principle of tithing is applied to our salaries, rents, royalties, dividends, etc. Tithing demonstrates trust in God and faith in Him as your provider. 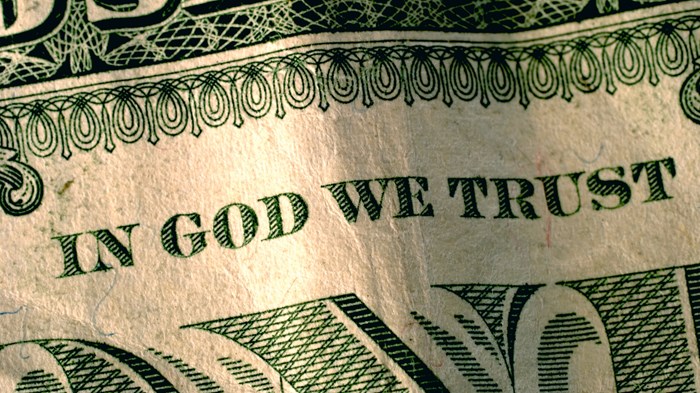 Let’s be clear. Everything that we have is from God. Please don’t think that God needs your tithe! God has blessed you and He only asks that you honor Him with a dime out of every dollar. (If you are a United States citizen, this is a much better deal, as our personal tax rates range from 10%-37% of income!) When you give God a tenth of your increase, He ensures that the remaining ninety percent is preserved and used well.

I recently read No B.S. Wealth Attraction in the New Economy and decided to take the 90-Day Experiment. I shared my initial results with my children, and I’ll share them here with you: 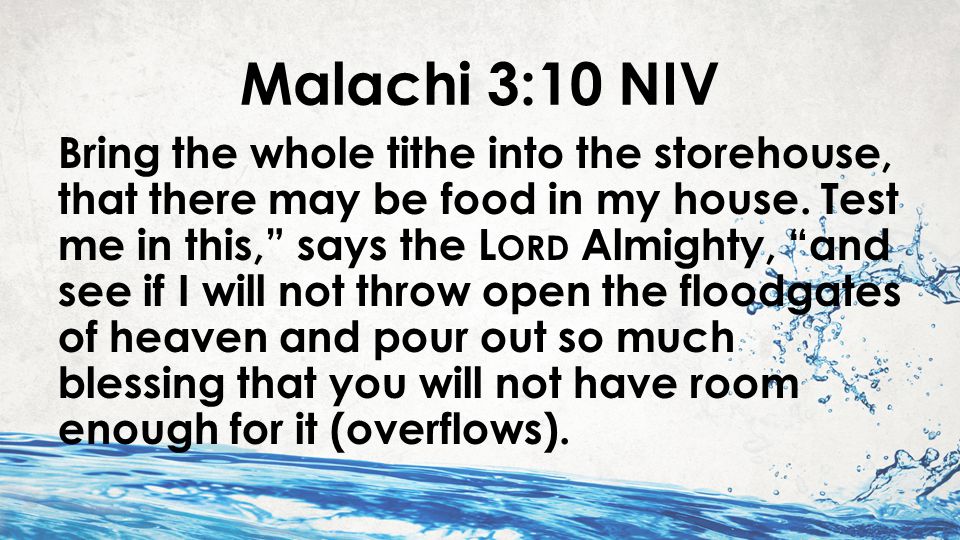 4. By the third week of the challenge, I had been paid back for an old debt, got a raise that I had neither asked for, nor been assessed for, and got an email with favorable terms on a substantial bill that I owed.

Please don’t mistake my experience over the past 3 weeks as easy and without a hitch. As I was planning

my budget for this week, the top line was for tithes. Again….we are to give our first fruits, not what’s left over. However, I had bills that were auto-debited from my account on Friday and Saturday before I could get to church on Sunday. Consequently, I found myself short on my tithe! While I was disappointed in myself, God knows my heart and my intention. I do plan on making this tithe whole with monies that I’m expecting on Tuesday. (I’ll keep you updated during the week.)

I’m sure an incident like this would make many people say “See! This sounds good, but I still don’t know how I’m supposed to pay my tithe when I can’t even pay my bills.”

What I’ve realized is that my budget was upside down! On paper, I’d put my tithe first, but I’d physically and electronically given money away towards my bills, groceries, and even McDonald’s and hoped that I would have enough to cover my tithe. This has worked for me in the past, but as I deliberately set out to honor God with my tithe, stumbling blocks (the enemy) will present themselves to keep me from that goal. The enemy knows what God has in store for me and he will stop at nothing to keep me from it!

Going forward, my 10% will come right off the top. I will take the cash out so that nothing expected or unexpected can dip into it. The proper order for a budget is tithe, pay yourself, take care of your family, and then pay your bills. 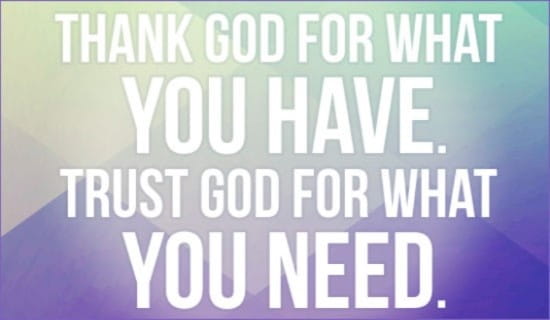 This act of obedience is rewarded with financial miracles from God. We are told in Malachi that God will throw open the floodgates of heaven and pour out so much blessing that there will not be room enough to store it. (Malachi 3:10) Whether you believe in God, Source, Universe, or any other iteration, if He is promising you abundance in exchange for your gift, I’d say that is an opportunity worth seizing!

As one writer shared, “I don’t know how it works, and honestly, I don’t care! I just know that it works. When I was struggling in debt, I wasn’t a faithful tither. I simply ran out of money before I got around to my tithe. When I realized how important tithing is, I decided that I was going to tithe no matter what. When I got paid, I wrote out my tithe check before I did anything else. If I was gifted some money, I wrote out a tithe check. If I did a side job and earned a little extra, I wrote out a tithe check. I decided that no matter what – if I didn’t eat, if I didn’t have electricity, if my water got shut off – I was going to tithe. And I never had to worry about any of that. I always ate. I paid my bills. I even paid off my debt. God blessed me beyond anything I could imagine. When emergencies happened, they were covered. People walked up out of the blue and handed me money. Someone contacted me unexpectedly and asked me to do some freelance work for them. I never lacked for anything I needed. (The Lord is my Shepherd, I shall not want!) I had everything that I needed and more!” 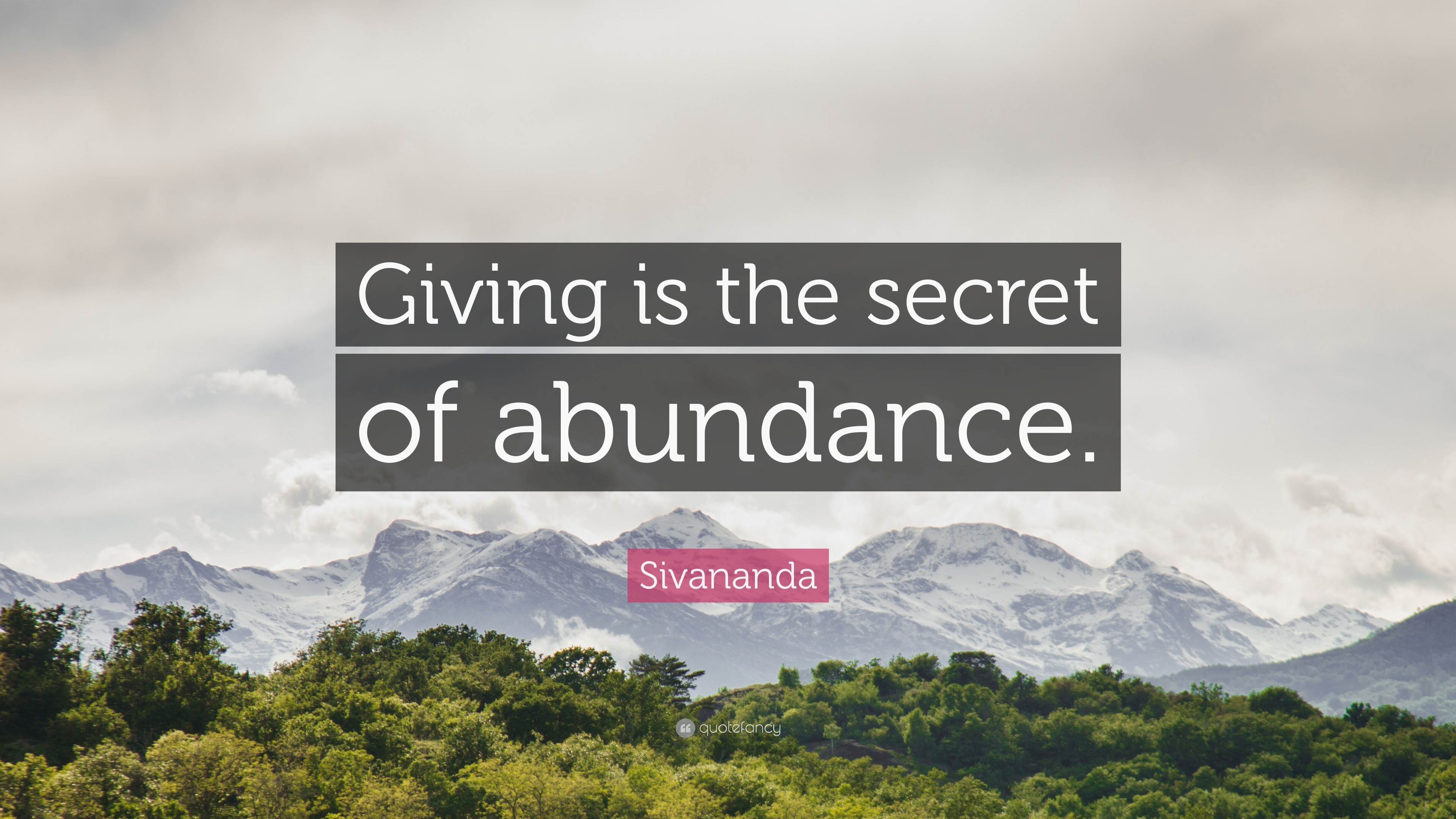 If you aren’t tithing, start now. But watch your motives. God loves a cheerful giver. (2 Corinthians 9:7) Don’t tithe out of obligation. Tithe because you love God and because you are thankful for all of the blessing that you have received. God wants to pour out His blessings on you. You give Him permission to do that when you tithe!