The ability to create is a God given gift – a gift given to everyone without exception. Thought is the first step to manifesting any creation. Thoughts are energy, they are real. Your thoughts act as magnets and attract other thoughts, people, and circumstances that harmonize with them.

Thoughts operate and adhere to certain universal laws. Without these laws there would be no order; the universe itself would sink into chaos.

The Law of Attraction states that like attracts like. Much of what was once considered metaphysical, esoteric knowledge in the past is now scientific fact. Physics has shown that the principles involved in the Law of Attraction are every bit as valid as those governing the Law of Gravity. So it should come as no surprise that dwelling only on your problems simply attracts more problems.

Dr. Masaru Emoto, a researcher and alternative healer, believed that human consciousness has a direct effect on physical reality. He has given us physical proof that our thoughts, intentions and words affect our physical world. His most famous teachings are the effects of human interaction with water. The most famous work of Dr. Emoto was published in 1999 and is called ‘Messages from Water’.  In the book, Dr. Emoto explains in detail that what we say, feel, and what we listen to has an effect on water. The research clearly shows how the power of positivity can transform anything in our physical reality.

To demonstrate the power of human words and thought, Dr. Emoto used an uncommon technique: a rice experiment. As summarized in the video below, Dr. Emoto placed rice into three glass beakers and filled the beakers with enough water to cover the rice.  He then spoke to the first two beakers every day and ignored the third.

The idea of attracting success by simply thinking about it is very appealing – so appealing in fact, that people often get the incorrect idea that it’s easy. Affirmations can be helpful, but mindless affirmations alone have no real value. On the other hand, once an affirmation becomes part of your belief system the subconscious mind goes to work attracting opportunities.

The subconscious mind works tirelessly 24 hours a day. It doesn’t analyze. It doesn’t judge. It simply accepts and attracts more of what the conscious mind is focused on. Are you attracting problems or solutions? By focusing on desire and showing gratitude for what you already have, the subconscious mind is given the necessary material to provide a constant stream of opportunities. It is not the success itself we attract, but the opportunity to succeed. Whether we take advantage of these opportunities or not is another story.

Our world is ruled by cause and effect, yet we often fail to see how this rule applies to the thoughts we think. This happens because (as with Dr. Emoto’s rice) the results of our thoughts are so far removed from the cause that we fail to see the connection.

Never forget that it’s impossible to operate outside the Law of Attraction. Consciously or unconsciously your thoughts, feelings, and emotions, determine if this law works for you or against you. Stay focused on your success and reaching your goals. As one success leads to another, success becomes a habit. Problems and obstacles are seen as no more than stepping stones on the road to your ultimate goal. 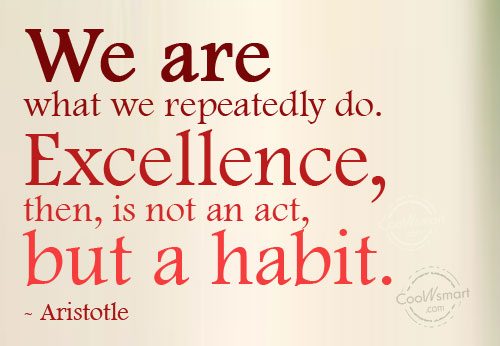 The Law of Attraction states that like attracts like. Much of what was once considered metaphysical, esoteric knowledge in the past is now scientific fact. Psychologists have repeatedly shown that our mindset and words have a profound effect on our reality. Use this knowledge to create the life, love, career, and universe of your dreams!