Ever wondered what “Thoughts being Things” has to do with the Law of Attraction? Henry Thomas Hamblin, an English mystic and New Thought author, figured it out and wrote about it in his book “Dynamic Thought”. He also tells how hypnotism and other occult mental work actually work against this Law – by attracting to yourself things you actually don’t want. You can learn through this book excerpt some of the precise explanations and instructional examples of how to apply the Law of Attraction effectively in your own life.

If thought is the “greatest power of all powers,” “the most vital, subtle and irresistible force in the universe,” and if your thoughts have the power to attract other thoughts of a like character, then the choice of your thoughts is the most important act of your life.

By choosing your thoughts you choose either success or failure, happiness or misery, health or disease, hope or despair.

Says one of deep insight into the nature of things: “The things that we see, are but a very small fraction of the things that are. The real, vital forces at work in our own lives, and in the world about us, are not seen by the ordinary physical eye. Yet they are the causes of which all things we see are merely the effects. Thoughts are forces; like builds like, and like attract like. For one to govern his thinking then is to determine his life.”

Therefore do not believe anyone who wants to teach you how to “overcome” other people, and to dominate them either by “will-power” or by Hypnotism. If you seek to get the better of other people and to influence them by mind domination, you are charging full tilt against the Law of the Universe, and this can only lead to the most disastrous results.

The “hypnotic gaze” and “suggestion” can never bring you success; it may bring a temporary, fleeting advantage, but this will be followed by disaster either in your business or profession, your body, your life, or your home.

By the right use of your thought-forces you can make yourself a magnet and attract to yourself all that you deserve. We each get what he or she deserves. As we improve the quality of our thoughts, so do we become deserving of better results; as we become deserving of better results, so do better things flow to us by the operation of Universal Law.

By the use of carefully graded denials and affirmations, we break the power of evil thought-habit, and in its place create a new mental attitude, hopeful, strong, cheerful, successful, confident, an attitude of mind that knows not failure, can never be discouraged; that stands firm and unafraid amid the changing scenes of life; an attitude of mind that overcomes, conquers and achieves. An attitude of mind that lives in a sea of positive, helpful, stimulating thoughts, that are the products of the best minds of all ages.

Thus it all comes down to this. It is by the use of denials and affirmations, and by persevering in their use, that the life can be changed, circumstances altered, and ambitious realized.

Sound familiar? Esther Hicks. Rhonda Byrne.  Louise Hay.  All three advocate and promote affirmations.  In this space, affirmations refer primarily to the practice of positive thinking and self-empowerment—fostering a belief that “a positive mental attitude supported by affirmations will achieve success in anything.”  More specifically, an affirmation is a carefully formatted statement that should be repeated to one’s self and written down frequently. For affirmations to be effective, it is said that they need to be present tense, positive, personal and specific.

For affirmations to work best, they encompass three elements:

Athletes who picture themselves crossing the finish line first are more likely to do it.

Each group used a different combination of physical and mental training: 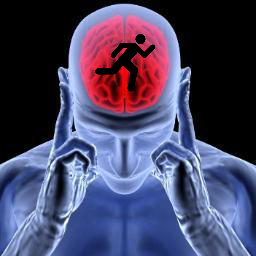 The scientists found that the fourth group performed the best during the Olympics.

This has been such an important finding that the US Olympic Committee now has increased the number of full-time psychologists on staff from just one to six over the last 20 years. 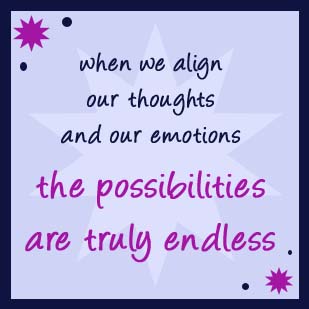 You must learn to feel what it would feel like if you already had your intended outcome in the present moment. Where imagination is the engine of your thoughts, your feelings are their fuel. The creative power of any mental image is determined by how often you imagine it and by the strength of the feelings or emotions associated with it. Let your images or mental movies feel so real that they are as good as achieved already. Make them feel THAT believable.

Remember, like energy attracts like energy.  You will accelerate your visualizations when you infuse them with the passion and emotion that you expect to feel once you realize your expected outcome.

In other words: Speak your affirmations in the present tense. The human brain does not know the difference between reality and fiction. It doesn’t know whether or not something is actually real. In other words, it can’t tell the difference between something you’re thinking about and something that’s actually happening. The subconscious mind is such an obedient servant that if you declare in the future tense, “I want” or “I will have” then that is where the idea will always stay – just out of your reach…in the future!


Your conscious mind gives orders to your creative (subconscious) mind.  The creative mind does not think – it just takes orders. Your creative mind takes those orders literally, so it is vital that you give correct, clear, specific, emotionally charged orders.  Your creative mind knows no boundaries other than the ones that you place on it; it just obeys. if you start all your affirmations in the present tense and have them already mentally accomplished, you are telling your subconscious mind that the affirmation is taking place NOW and it is final!

Being successful with affirmations is just like being successful with anything else – the more you practice, the better your get. Truthfully, you can’t be an effective Law of Attraction practitioner if you aren’t reciting affirmations.  Take advantage of the power of your tongue to accomplish all of your life’s goals.  Use your words to speak your reality into existence!