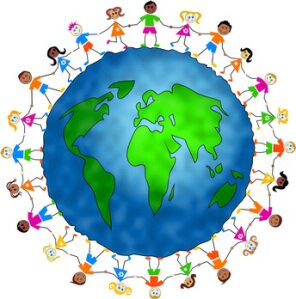 ever had.  I mean the truly inspired ideas that you were convinced would improve your life or the lives of others in a significant way.

Beyond that, imagine a world in which everyone else had also put all of their inspired ideas into action too.  How many more businesses, books, charities, inventions, products, services, and relationships would exist in the world if everyone felt compelled to turn their inspiration into reality?

(Inside secret: this is the purpose of this blog! To get everyone to realize their greatest potential and manifest their maximum!)

Whether you’ve believed it or not, you are a creative genius with a powerful ability to manifest whatever you are inspired to imagine.  But, because you are like every other human being that has ever lived, many of your inspired creative imaginings are likely to have been safely filed away under “I” for “if only…”

We may be very good at coming up with great ideas for making our lives better but we are also exceptionally gifted at finding ways to stop ourselves from following through.

In order to live your best, most satisfying life you have to get good at following your inspiration.  There are many reasons for this:

Deep down, in your soul, you have always known what a life of purpose and meaning should look like, even if you haven’t been aware of it consciously, and inspiration is the tool that Divine Wisdom uses to keep nudging you in the right direction.

The question is if inspiration is such an important force in our lives, why do we work so hard at ignoring it? Why might a writer put off writing? Why would an entrepreneur not launch that brilliant new product? What would stop someone from getting involved with their favorite charity?

It’s because there is a counter force to inspiration and it’s called resistance.

Resistance is not a new word, but for many of us awareness of resistance is new. In Webster’s Collegiate Dictionary, resistance is defined: “to withstand, to strive against, to exert force in opposition, to counteract, defeat or frustrate.”

Resistance is useful if there is a flu or virus around. If your body’s immune system is working as it should, you’ll have good “resistance to disease”–you’ll stay healthy. Resistance to the temptation to do something that goes against your core values will strengthen your moral fiber, while giving into that temptation will weaken your character.

Resistance is also the primary cause of us getting in the way of our own success.  Whereas inspiration embraces change and is excited about the possibility of creating something wonderful and new, resistance wants to keep things exactly as they are right now.  Resistance’s one and only function is to do whatever it takes to keep inspiration from rocking the boat and disturbing what would otherwise be a safe and certain life.  In other words, resistance is what keeps us in the relative protection of our comfort zone.

The consequence, of course, is that every time resistance wins, we are left with a temporary feeling of comfort that quickly shifts to dissatisfaction.

Personal Development and Spiritual Growth Coach Paul Dalton sums up the extent to which we get to love our lives by what he calls the FIR equation.

Some people confuse resistance with procrastination, but these are two very different things. Procrastination is simply putting off doing something that you didn’t really want to do in the first place. Resistance is finding rational reasons for not doing what you have felt inspired to do.

Resistance knows that inspiration is both powerful and persistent and so it has had to learn to be cunning in the ways that it operates.  Here are just five of the common ways that you might recognize your resistance at work:

take you seriously?” “Who do you think you are?” “Haven’t you got more important things to do with your time?” “Stop bothering the world with your silly dreams!” “Get back in your box.” And on and on and on…..

Getting you to listen to the voice of doubt is a highly effective way for Resistance to snuff out the fire of inspiration.

How to combat: Replace the Bad With Some Good. This is one of the best routes to combating negative self-talk: replacing it with something better. Take a negative thought and change it to something encouraging that’s also accurate. Repeat until you find yourself needing to do it less and less often. This works well with most bad habits: replacing unhealthy food with healthy food, for example, and it’s a great way to develop a more positive way of thinking about yourself and about life.

You try to convince yourself that there are many obstacles standing in the way of getting started.  For example, the day you said you would sit down and write your business plan suddenly becomes the day you simply must clean the house from top to bottom.  Or, rather than keeping your weekend free to immerse yourself in a creative project, you offer to run errands for your neighbor’s uncle’s friend instead.

Believing your made-up excuses and rationalizations means that you get to feel justified in busying yourself doing anything other than following your inspiration.

How to combat: Break your work into little steps. Part of the reason why we avoid tackling our inspiration is because subconsciously, we find the work too overwhelming for us. Break it down into little parts and then focus on one part at the time. If you still find yourself avoiding the task after breaking it down, then break it down even further. Soon, your task will be so simple that you will be thinking “gee, this is so simple that I might as well just do it now!”

Like an overbearing mother, Resistance will play the guild card! It will tell you that it is selfish to spend time and energy focusing on yourself when those around you need attention too.  Or you’ll get a feeling that the people close to you won’t approve of what you want to do and so, for the sake of maintaining harmony, you decide not to go ahead.  A symptom of this is that you feel a secret resentment towards others for standing in your way.  It is a very clever trick of Resistance to make your avoidance someone else’s fault.

How to combat: Remember that this is your life.  You only get the one, and so you should go hard! Do not pull back on following your dream or doing what you want because of others, and start living a life that probably doesn’t fulfill your potential.

Your brain cannot tell the difference between something that is real and something that you vividly imagine. This is why resistance will often have you imagine disastrous consequences of what might happen if you act on your inspiration.  For example, people will judge your harshly when it all goes wrong. You’ll be humiliated. You’ll let yourself down.  You’ll waste a lot of time and money. With enough emotional charge, each of these thoughts can start to feel like inevitable facts, so it is no wonder that resistance gains the upper hand.

How to combat: Remember that thoughts become things, so you want to minimize the negative thoughts as much as possible! When you find yourself dwelling on negativity, shift your thinking.  Write a list of a dozen or so positive affirmations and read the list aloud when you are overcome with negative thoughts. With enough repetition, you’ll be able to quickly stop negativity in its tracks.

When inspiration does get a decent head start and you begin to see some positive results is when resistance really digs its heels in.  Resistance looks for ways to trip you up and sabotage your current and future success.  It will find a way to make you late for an important meeting.  It will convince you to follow through on a bad decision against your better judgement.  It will take you off track by distracting you with non-important matters.  You might even get sick for no apparent reason at the exact time that you are about to complete a major milestone such as giving an important presentation or attending an interview.

How to combat: It takes serious self-reflection to understand why you keep shooting yourself in the foot.  Taking the time to peel back the issues you seem to be inflicting on yourself can lead to a deeper awareness, as well as give you insights into yourself and your underlying motivations and desires. The most successful people are those who take the time to think through their choices, decisions and actions. Successful people learn from what worked or failed to work. They then adjust their course of action by taking a different approach. Only through self-reflection will you gain the necessary insight, perspective and understanding to begin the process of change and transformation.

What is the purpose of Resistance?

As you’ve probably guessed from the above examples, Resistance is rooted in fear. Fear of failure, fear of success, fear of being seen, fear of growing into your destiny, fear of change, fear of creating the life that you dream of. Resistance is a sophisticated defensive mechanism created by your ego as a means of self-preservation.

The ego is a very fragile thing; it bruises easily. In order for you to make a change in your life, such as acting on your inspiration to create something new, you have to make an adjustment to your self-image (positive affirmations such as “I am the type of person that does this type of thing!”) But your ego likes your self-image just the way it is.  It hates change, and it certainly doesn’t want you to do anything that will invite criticism.

Inspiration, on the other hand, comes from an entirely different place.  Inspiration is the name we give to the emotional energy that naturally flows up from your Unconditional Self; the BIGGER you that exists beyond your ego – the REAL you!

Inspiration is a message from your unconscious wisdom telling you to go out there and be the fullest, most positive expression of who you REALLY are.  It sees an opportunity in the world for you to act in alignment with your authentic nature and it encourages you to grab it with both hands so you can live your best life!

Resistance wants you to:

Your inspiration urges you to:

Resistance is like an overly concerned parent. It would much prefer you to play on the lower steps of 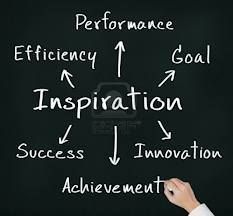 life so that you don’t have very far to fall.

But inspiration is the birthplace of happiness.

Just as when you learn a magician’s secrets you are no longer fooled by the illusion, recognizing your resistance as resistance will free you up to re-connect to your inspiration and keep moving forward. The quality of your life will ultimately be determined by your willingness to make inspiration more important than resistance.

3 thoughts on “Inspiration vs. Resistance – Your Life Reflects The Choice That You’ve Made”